I think sometimes we feel like we just can’t get a break and the same thing keeps going wrong.  I’m having that issue with Homeschool Tracker. Been having it for quite awhile.  Some it’s Tracker’s fault, some of it’s due to an old laptop that kept crashing over the past year and some of it’s my fault.  Yes, I said it and you heard it here first!  My fault.

So, I use Homeschool Tracker to keep track of my kids’ grades and I had a laptop that did a couple of crashes.  I’m really good at making backups religiously of the program, but somehow it didn’t matter.  I went through a major crash and lost an entire school year’s worth of records.  Ok, so I re-entered it.  Crash!  Threatened to throw the computer into the street and it fired up again.  This time I thought everything was there and in its place, but no.

As of today, I’m trying to get last year entered on my new laptop and I discovered that there is another year missing!  Can you believe it?  Why it chose to randomly pick  3 years ago to wipe it is beyond my reasoning.  So, I’m going to have to go back and do some digging (possibly in the attic) to find that year’s school work and re-enter it.  Unless somehow it shows up on a disk somewhere.  I could just cry!

So what’s a girl to do when it feels like everything is going wrong?  I really want to just sit down and cry, or find a padded room, or maybe beat my head against a wall.  But that really won’t help.  No one ever said homeschooling was going to be easy and if they did, did they really homeschool?  Did they homeschool longer than one year?  Did they homeschool kids through middle school years and through graduation?  It can be tough, but so is anything that you do.  Even if I was working full-time, there would be huge mistakes or problems that would eventually come up.  Homeschooling is no different than having a full-time job. Matter of fact, I think the vacation time is much better!

Crises happen, but how we deal with them sets an example and it doesn’t do any good to get all bent out of shape.  The expression “Pick your battles” applies to homeschooling too.  Some days, some things are just not worth getting bent out of shape about.  I’ve already been there with this problem anyway.  So today, I’ll just back up and punt again!  Sorry for the football expression!  Today, I’ll just do the best I can and start over, even though it’s a long road.

2011 NCHEAC Regionals
Balancing Work, Homeschool and Extracurriculars
What Were They Thinking?
Concussion in High School Sports
« On the menu today!
What Do You Think I’m Doing? » 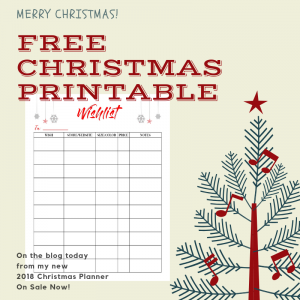