I’ve been re-reading my family history again for the umpteenth time.  It’s such a treasure to be able to have so much of it written down.  Each time I read it, I learn something new. I’m lucky because my family history has been traced all the way back to the 1700’s.  As I was reading it today, I wondered what it would be like to be the original family members that boarded a ship to come here to America. How scary it would be to leave everything and everyone I knew and board a ship with tons of people that I didn’t know and wouldn’t know because a lot of them died on the voyage and come to a new land. Then this story started to unfold as I read and I started to write it down.  This isn’t the real story of my family, but I guess you could say they inspired it……

“Do you, Mary Elizabeth take Johann Michael Gutknecht to be your husband?” That day seems so far away now that they’re only a quiet memory. At present, Johann, our son Christian and I are on a long, perilous journey to America. It started years ago in 1745 and here we are now six years later in 1751. In six years’ time we have left everything and everyone to go to Scotland and then on to Ireland and to dreary, rainy England. Now we press on to the Americas and promise of a future we can only dream of. We’ve been on this ship for what seems like an eternity but in truth it’s only been a few weeks and I mutter to myself, “I never want to be on a boat again”. The tossing and turning of this is wretched ship never ceases. I’ve seen waves so high, that they look like mountains crashing on the ship. The crew is anything but Christian and they detest us and mock our prayers. I tell myself over and over again that God will deal with them at the Great Judgment; we must persevere and be the light.

All of us, about 100, are packed into the hold of this ship like cattle waiting to be sold at auction and that is true of some of the poor souls when they arrive. They will be sold to the highest bidder just like cattle, to work for the right to be in America. We are fortunate that family is waiting for us in Pennsylvania and that we have just enough money for our passage. But after that, God will provide. The stench of so many people is most unbearable and death is always in the air. It’s so heavy that you sometimes feel it pressing on you, especially when the seas are unforgiving and everyone is being tossed this way and that in the hold of the ship. The saddest part of the journey is the heartbreak of a mother’s cry. It’s inconsolable on this wretched ship and one cannot run from it. Children are among some of the first to die on these voyages as disease is an unwanted neighbor always knocking on the door and there’s no way to do a proper funeral aboard ship.

“Isn’t bad enough that we left our family, our home, our friends, our belongings, everything behind? Must I now leave my child behind too?” Amy screams in despair as her son’s body is being prepared for burial at sea. He was only 3 years old; so beautiful with a life full of promise until he became sick and it overtook his little body.

I try hard to help her, but there are no words to comfort my dearest friend, now a grieving mother. Her husband Albert tries to cling on to her and hold her, but she pushes him away with great force and runs to the edge of the ship and throws herself hard against the railing.

We all scream, “Amy, no! Stop her!” Then she turns so slowly towards us and then collapses into a heap of tears with her dress skirts puddling around her on the hard, freshly scrubbed deck. Albert ran to her and without a word took her hand in his and wiped away her tears with his other. His hands are so rough, I thought to myself, farmer’s hands. They’ve harvested and plowed since childhood and his callouses are well earned. But in that moment, when he took her face softly in his rough and worn hands and told her “We will get through this. This is not the end.” Those hands must have felt so soft and tender to her.

Amy’s strength was resurrected at that moment and he gently lifted her to her feet and nodded for the make-shift funeral to begin. I clutched Christian’s shoulders as the pastor spoke. He’s only five years old and very healthy; I begin to think, not really listening to the sermon. I can’t bear to listen to another child’s funeral! He has seen so much in his young life; so much hardship, sacrifice and upheaval. Thankfully God is gracious to young children and some of it he will be too young to remember, but this I’m afraid he’ll never forget. Will it stay etched in his memory as it is in mine? What a blessing it would be to be able to forget this moment.

Now I have to find out more about these characters that are in my head!  What happens to Amy?  What about Mary and her husband?  What happens to them when they reach America?  Crazy how one afternoon of reading created these people! 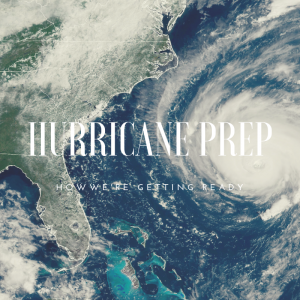