Right before Christmas my hubby was given tickets to go see the Carolina Panthers.  He took me!  Ok, he picked me after asking his brother, some friends, my dad, you get the picture.  I was at the bottom of the list and that’s ok with me.  I’m not typically a sit out in the cold for four hours on purpose to watch a football game.

But seeing that my hubby asked me, I went.  I made a big deal out of it and picked out an all black and grey outfit.  The Panthers are teal and black. Cool colors!   Todd was real happy I had chosen so wisely because we were playing his favorite team, the Raiders and they’re silver and black.  So I went neutral, good choice and not just because hubby liked it, but because when we got there the stadium was half Panthers fans and half Raiders.  Which made the day really fun! No really!  There was no fighting amongst the fans, just good natured teasing and day of good football.

This is how close we were to were the players ran out! It was cool!

The neatest thing for me was one of the players actually looked up, waved and said “Hi!” to me!!! To little ‘ol me!  I felt special!

See how close to the action we were!  Not bad seats. Thank you for the tickets!

Another touchdown for the Panthers!  Go Panthers!  We actually won the game!  Did I say that?  Ha!  Ha!

I love watching the cheerleaders! It’s Emily’s fault and all those years I took dance and taught dance and cheerleading. You can’t tell by the picture, but we were surrounded by Raiders fans all around us.  They were so much fun!  I laughed all day!

The Top Cats came and passed out candy canes.  Aren’t their Christmas uniforms cute?  I wish I could fit in one!  But maybe when I’m done with my Skinny List I can.  That would be funny!

We had such a great day and it was a great date.  I think he might even take me to another one.  I actually got him to pose for a picture! Now you can see my hubby! We had a blast. And we didn’t even freeze! It wound up being warm enough that the coats came off and I got sunburned. I love the South!

How to host the best Christmas gift exchange for a large family
Why You Need a Thanksgiving Planner for a Stress-free Holiday
A Poem by my Emily!
How to choose the perfect Kids Christmas Musical for your church
« Christmas 2012 Photo Shoot
Closet Makeover = Life Makeover » 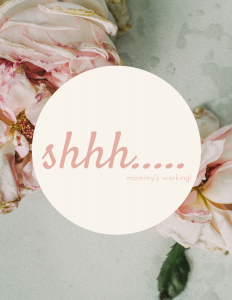