I’ve had no choice, it’s been either laugh or cry today.  I woke up having to clean up after a kitty.  Not what I wanted to do first thing in the morning and just when I thought all was well and sparkly clean, my son got my attention.

“Mom……”  he says with a look of horror on his face, “Have you seen your computer this morning?”  “No………….” I replied, “Why?”  Because the cat barfed on it.  All I could say was, “You have to be kidding!”  “Nope!” he replied.  I went over to my computer and there it was; kitty yuck on my laptop.  Praise the Lord I had the good sense to remember to close the lid on it before I fell asleep last night!  So clean up number two!  It wasn’t too bad and thankfully the cat didn’t get but a drop or two inside.  Phew!  Crisis averted.

Then at 11:51a.m. I received a call.  I’m supposed to be getting my windshield replaced today because a mysterious crack appeared out of nowhere and was creeping up my windshield.  It was the windshield guy and he sounded nervous.  He apologized because he was going to be late….because…he…broke…my new windshield.  I thought, “What in the world!”  He started apologizing and then he told me the story.

He was going through a development with my windshield in his van.  Then suddenly a speed bump appeared out of nowhere!  The back of the van went up and so did the windshield and when the van came down with a thump, so did my windshield!  He said it probably looked worse than the one I had on my van right now.

I busted out laughing!  Poor guy!  Probably not the response he thought he would get.  As this guy was apologizing again, all I could do was picture his story in my head and it was funny!  I told him I was sorry I was laughing at him but that was the funniest story I had heard in a while and that I hoped he wouldn’t get into trouble for it.  He relaxed and we both had a good laugh.  We both said it just fit with our days.

Bound and determined to fix my windshield, he showed and hour later with another windshield and we had another good chuckle.  But all I’ve done is have one giggle fit after another over this day and the image of my windshield bouncing up and coming down with a crash.  I don’t know why it’s so funny to me, but it is and dog gone it, I needed to laugh.  After all, my day did start off with kitty yuck on my laptop!

Spring Cleaning Day 1
Spring Flowers for Mom
A Poem by my Emily!
Best Prank Ever!
« So Beyond Frustrated…Need to breathe…..
Planting My Dream Garden~Part Two » 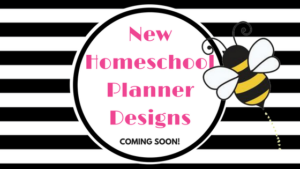