It’s that time of year that my kids just love me for!  Not!  It’s our annual clean out bedrooms time and you know what that means, especially if you have teenagers.  I don’t know why exactly I do this every year or when I started doing it, but it’s like I can’t start the new year until everything is in its place and organized, at least somewhat.

Do I ever get it as organized or purged as I want?  No, unfortunately. But, I try.  And it’s ok, that I don’t get it all.  If I’m time constricted, I just pick one or two areas that in desperate need or places that I haven’t done in a while and do them first.  Then at least I feel a sense of accomplishment before starting the new year.

As for the kiddos, it’s their bedrooms of course!  Even if they’re in good shape I still have them go through everything.  I try to make it easier on the kids by making them a list of what I expect them to do.  Sometimes they like the list and other times they can’t stand it.  Their teens!  But it gives them my expectations and something to shoot for.  Sometimes I make a list for myself, too.

We’ll be getting rid of old, or grown out of clothing.  Making donation stacks, keep and throw away stacks.  Going through toys for my youngest.  Organizing closets and dressers.  Dusting, sweeping, vacuuming, etc.   Organizing bedroom desks and even going under beds.  Crazy, huh?

But the feeling of having a place for everything and neatness is something I hope to pass on to my kids.  That feeling of starting a new year fresh so we can hit the ground running.  Hopefully, we can keep it like this throughout the year; probably, not but, here’s hoping.  Hopefully it will prepare them for their own households one day.  A fresh and clean start to a new year and a feeling of accomplishment.  So, out with the old and in with the new! 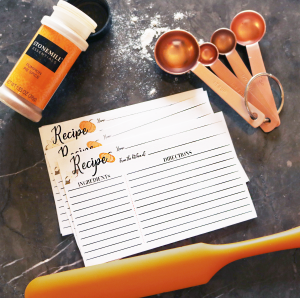