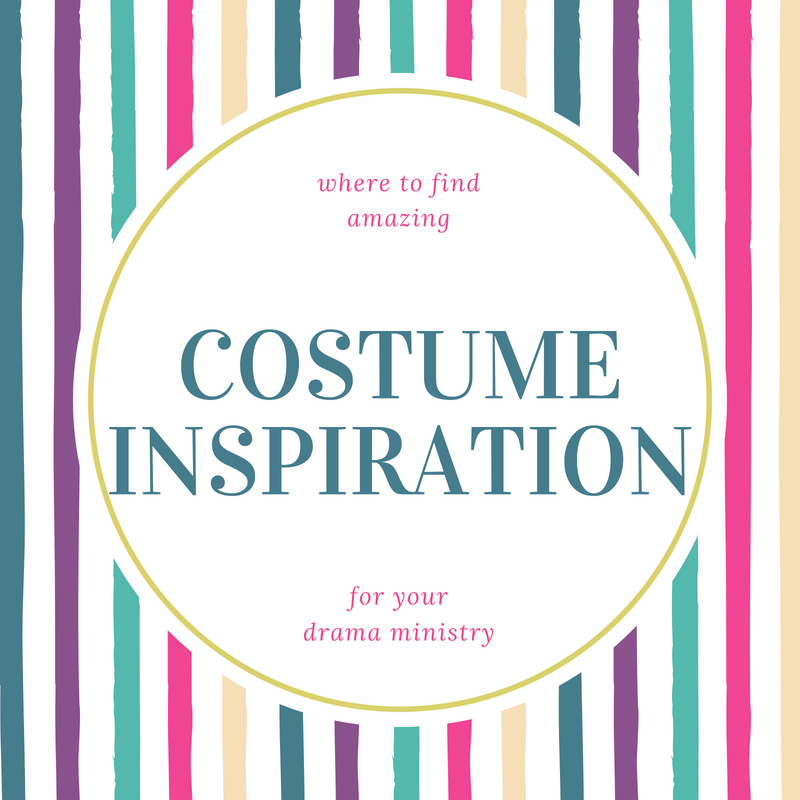 Can you tell that I’m currently working on Children’s Church Christmas Musical already?   It’s August and yes, I’ve already picked out this year’s musical and I am beginning to start my planning.  I thought that I’d share how I plan for our Children’s Church dramas and musicals.  These ideas would work for any drama or musical whether it’s for a kids drama or adult drama.  I hope that my tips help!  Today I thought I’d share where I get my inspiration for costumes, hair, and makeup from.  These are very important to help convey not only the imagery and give more detail about characters but it also helps to convey the message of your drama.  I’ll have another post coming soon all about that, but for today, I’m sticking to where the inspiration comes from.

The first way that I get inspiration is from the play and the character itself.  If you are doing a play where your character is a toy or a Bible character then you know you wouldn’t dress them like a monster.  So that’s pretty easy.  The great thing about most dramas that I’ve done is that the author typically gives you some idea of their vision for each character along with costume ideas.  So that’s great and pretty straightforward. Check your production notes!

This is my daughter Emily as Esther. The inspiration for this costume was the movie One Night With The King and beautiful Sari fabric we found at the fabric store.

If there are no directions on costuming, then read through the skit, play or musical you are doing to get a feel for each character.  Think about the time period and place setting, does the character have a job that would dictate dress?  How does that character move around the stage?  Are they a historical character? This is a great starting point.

Do you have a vision for that character?  Sometimes when you read a character they pop to life in your head.  If not, do some research.  My favorite place to look is Pinterest.  Whether I’m needing inspiration for a Bible character or Train Engineer this is usually my first place to begin my research.  I pin ideas for hair, makeup, and costume.   Pinterest is great because you get to see a ton of ideas all in one place.  I will either pin to my boards for costume ideas, set design or make a specific board for each drama if I need to.  This way I can refer back to my inspirations as often as I need to.

If I’m doing a Biblical character I love to look at movies for inspiration.  I especially love the costuming from The Ten Commandments and One Night With The King.  The costuming in those movies are impeccable.  I love using movies because they have already done the research into what that time period would have been wearing, but not just the clothes, look at the hairstyles and their makeup too.  It’s also ok to take some artistic inspiration from movies.  For example, I had to remake our Goliath armor and I couldn’t find anything that I liked that we could buy already made.  So as I was watching Troy with Brad Pitt, I fell in love with his armor and used it for inspiration Goliath’s and it worked perfectly.  Use movies, they give out Oscars for costuming for a reason!

I also love to look at patterns at the fabric store.  A lot of times we can find exactly what we’re needing there.  Don’t be afraid to use a pattern that is meant for something else.  We adapt a lot of patterns that are meant to be a completely different character and they work perfectly. Look beyond the costume patterns, sometimes a dress pattern or a dance costume will work.  Take time to look at the fabrics and trim, sometimes that can spark an inspiration for a costume.

I also do historical research for inspiration, especially for adult dramas.  If I’m doing something that really needs to be accurate I will research online.  There are tons of great sites to research hair, makeup, and clothing from the Bible and history.  Too many to list here!

Don’t forget to look at costume shops for inspiration!  You may or may not like what they have to offer, but you can at least get an idea of what most people think of for that character.

Do an image search for the character you’re costuming.  Pin any images that you like.

I will say for kids makeup and hair, I love to be creative.  For angels, I love using sparkle!  Be creative!

I sometimes even get inspiration from my actors.  I’ve had actors ask if their costume could be a certain color or style and as long as it works with what I already have planned I will try to accommodate.  Kids can certainly have ideas about their costumes, sometimes great and sometimes just crazy.  Listen to their ideas, you might not be able to use them, but at least they have been heard and you never know they may completely inspire you.

There are times when inspiration pops into your head, so keep something to draw on with you.  I keep a small notebook and pencil in my purse at all times in case this happens.  I’m not an artist, but I can draw simple enough shapes to rough sketch a costume.  Write down your ideas and label your costume sketch so you don’t forget your idea.

One of the last places that I will get inspiration from are stores and that’s where your cell phone comes in handy.  Last year at the beach we were in a children’s clothing store and my daughter and I saw these cute skirts and headbands that would work great for angel costumes so we started taking pictures.

There are so many ways to be inspired for hair, makeup, and costumes.  I hope this helps you while you are planning your drama or musical.  Be creative and have fun with it!  How do you get inspired for your drama, let me know?

Best Friends, Bucket Lists and the Newspaper!
Get off my Land and Leave my Family Alone!
Peeps Happy Easter
My Next Step to Becoming Healthy
« How to choose the perfect Kids Christmas Musical for your church
Church Drama: Why Costumes and Makeup Are Important » 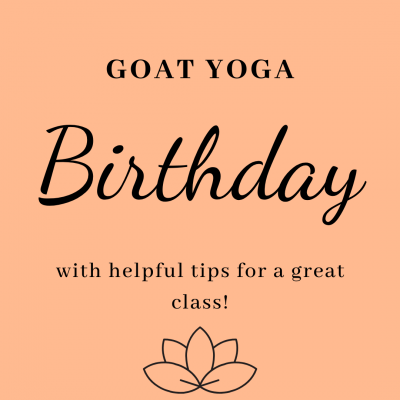