Am I allowed to say that I despise Ehler’s Danlos Disease?  Right at the moment I’m not liking it all that well and I just need a mommy moment to vent.  Emily is having to go in for more testing tomorrow thanks to being in terrible pain today and some issues we had post surgery a few months back.   More blood work on a girl that has had it with blood work and being poked and prodded.  This disease is a little more than we bargained for!

I know all to well that this could be way worse.  We’ve already been there and bought that t-shirt (actually I decided to get a refund.  I refused to wear it, if you know what I mean.) and even then it still could have been worse.  But I’m tired of my kids going through this stuff.  The list of things my three kids have been through is way too long to post here.  Suffice it to say that last year our pediatrician told me that I had earned my honorary doctorate!  But back to my whining.

Poor Emily has panic attacks when we get to the lab and it’s almost impossible to do blood work.  She would rather be in terrible pain and suffer than to be poked.  Hasn’t she gone through enough?

And now Becca is going to have an MRI on Friday!  She injured her shoulder two years ago during a volleyball game and it’s never been the same.  It was an amazing kill though!  She also continued to play basketball, then softball, then tournament softball, then another season of volleyball; you get the picture.  It never really had a chance to heal (tried to convince her to show down, but she wouldn’t) and now she’s miserable and may have to have surgery.  Again.  For another sport injury.  She has already had her ACL replaced.  I thought we were finished since she graduated, but one awesome kill demonstration for our jv volleyball team a few weeks ago and it was all she wrote.  Bummer!

Please forgive my whining.  I do know how much worse all of this could be.  I do appreciate that.  But I am exhausted, not physically, just tired of trying to explain to my kids why these things keep happening to them.  Tired of explaining to my youngest why the doctor feels the need for more blood work.  Tired of trying to explain to her why her body fight’s against her.  Tired of trying to figure out if this symptom that seems normal for most people but is exaggerated in her is linked to EDS.  Tired of dealing with the mood swings from the frustrations, aches and pains that they feel.              Tired of not being able to do anything about and tired of watching my kids, especially Emily just break down in tears over it all and knowing that all I can do is pray.  Tired of being screamed at by frustrated and hurting kids who really don’t mean what they say, they just need to vent themselves.

Sometimes I just want to scream and say enough already!  I do know that God will take care of all of this.  I do believe they will be healed one day.  I do have faith and trust in my God. I do treasure my kids and I’m so grateful for them.  I do explain all of this to them.  And don’t be mistaken they aren’t doing the “woo is me song”  or the “pity me” dance.  They are just frustrated too.

For tonight, we will enjoy the night, curl up and watch tv and hangout with their friends then say our prayers and know tomorrow is another day!

« Pretty Fall Decorating Idea
Wanted to Share This With You » 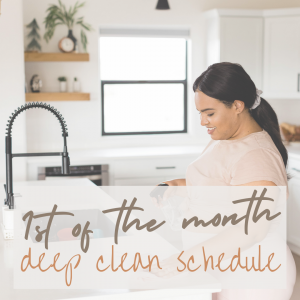