After a very trying volleyball game, I came home to make one of our very favorite suppers…BREAKFAST!  But to my disappointment even though I made a ton of eggs there wasn’t enough for me.  Boo hoo…….But that was ok I told my kids because I really wasn’t very hungry and that I had more than enough to eat.

Taking pity on her poor left out mom, Becca insisted on making me my very own eggs.  I told her it wasn’t necessary and that I really was fine, but she graciously insisted that she really wanted to do it for me.  I gave in because how often does a kid really want to go out of their way like that.  How sweet!

Little did I know the evil that lurked around the corner!  Becca cooked my eggs and then called me into the kitchen and said for me to come and get fix my plate.  I made my plate.  Then she asked me to sample the eggs that she made for me, because she wasn’t sure if they turned out quite right.  I sampled and they tasted just like they were supposed to and I told her thank you and that I loved her for going out of her way.  Then she proceeded to tell me she made them “special”,  then busts out laughing and I exclaimed, “What did you do to my eggs?” (I had a sudden flash back to a conversation earlier where I had noticed two eggs in a ziplock bag in the fridge.) Then she announced they were duck eggs!  No she didn’t !!!!  But yes she did!  She got me.

I freaked!  I’ve never eaten a duck egg or duck in my life and had not ever planned on it.  Nothing against ducks here.  I didn’t know whether to kill her or just die laughing.  It was a little of both.  She was laughing so hard about getting me that I think she was in tears.  She picks out the phone to call her partner in crime.  I was laughing and freaking out at the same time!  Then she announced they were Daisy’s eggs!

You don’t know Daisy but I do.  She is Becca’s bff Lindsey’s pet duck that just laid eggs.  I exclaimed, “Ewww!  Now it’s personal!  I know Daisy!  We are friends! I just ate her egg!”  I was totally freaking out and still laughing.  Then I found out my hubby knew all about her evil plan to get me to be the first person to try one of Daisy’s eggs.  It was hilarious!  She got me good.  This is a gotcha for the record books.  Just remember Becca, revenge is a dish best served cold 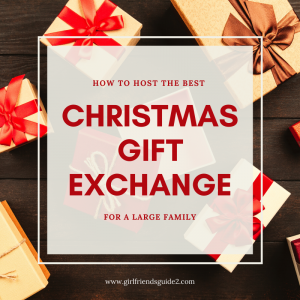