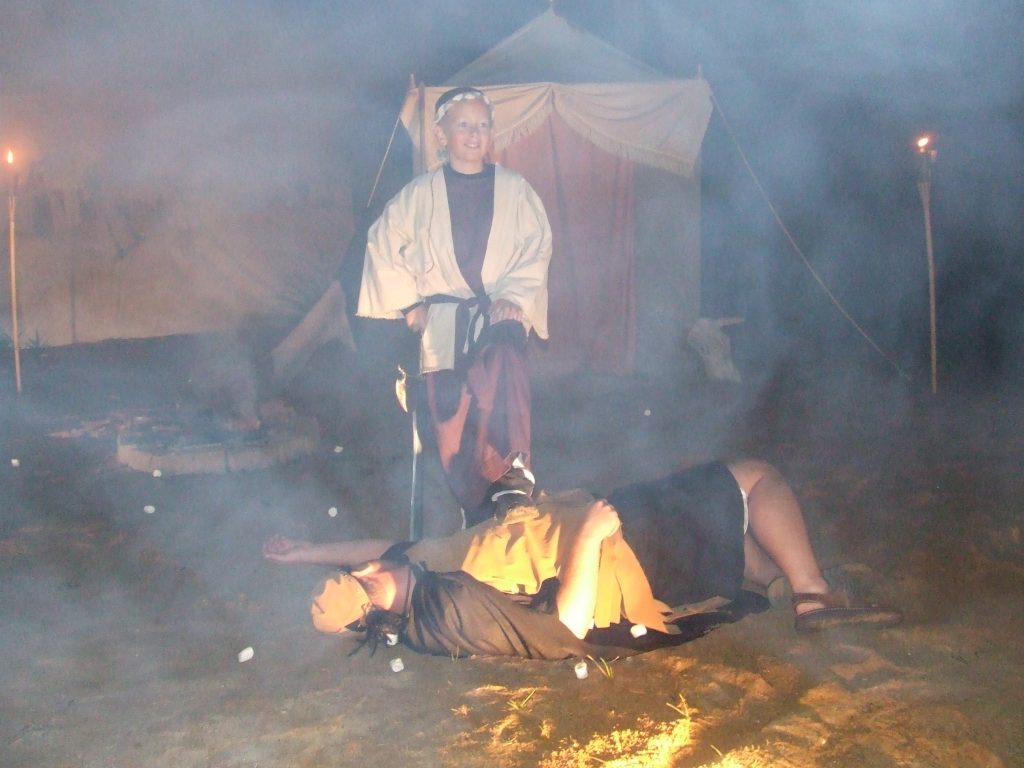 This is from years ago! David and Goliath.

The drama for your church has been carefully chosen, you’re picking out actors and thinking about sets and practice times, but have you given any thought to your costumes or makeup?  This is one of my favorite parts about doing drama ministry.  This is where your characters come to life!  Don’t panic if you can’t sew or you don’t know the difference between regular makeup and special effects makeup.  I’m here to help!

I realize not every church is willing to invest in the drama ministry and lots of churches don’t even have drama ministry and that’s ok, there are ways to work around that.  Costumes and makeup are integral to your characters.  They help set the stage!  I remember when I got into costumes and makeup years ago at our church, we needed shepherds costumes and one of the moms said to me to just take a sheet and cut a hole in it and throw on a belt, or get some kids bathrobes to use.  My mom and I looked at each other and said “Um, no.”  We went out, bought a pattern and a little fabric and voila, costumes!  But this is what happens when you’ve grown up sewing your whole life!  It kills me when I hear people say to just throw on a robe or cut a hole in a sheet!  Your costumes and makeup help tell your story and they should reflect that.

That doesn’t mean you should go out and spend hundreds of dollars on costumes, but that you need to put some thought into what you want your characters to wear and how you want them to look.  For example, my daughter has been Esther several times at our church.  When we started thinking about how we wanted her to look, we started first with research.  We could have used any Bible period costume, which most people do and is fine to do, but was that what she really would have worn?  What would her makeup have looked like and even hairstyles?  Maybe when she was at home, but what about in the palace or when she was queen?  We researched Persian clothing of that time period and made a costume from sari fabric.  Did that matter?  Does it really matter what the costume looks like as long as it says, queen?  Yes, it does because one night we had another person play Esther and she brought a Renaissance princess costume to wear and insisted on wearing it.  It was a pretty costume, but she looked completely out of place and nothing like Esther from Persia.  Does this mean we have to be completely historically accurate?  No, of course not, but do think about it a little.  I’m just slightly obsessed with it. 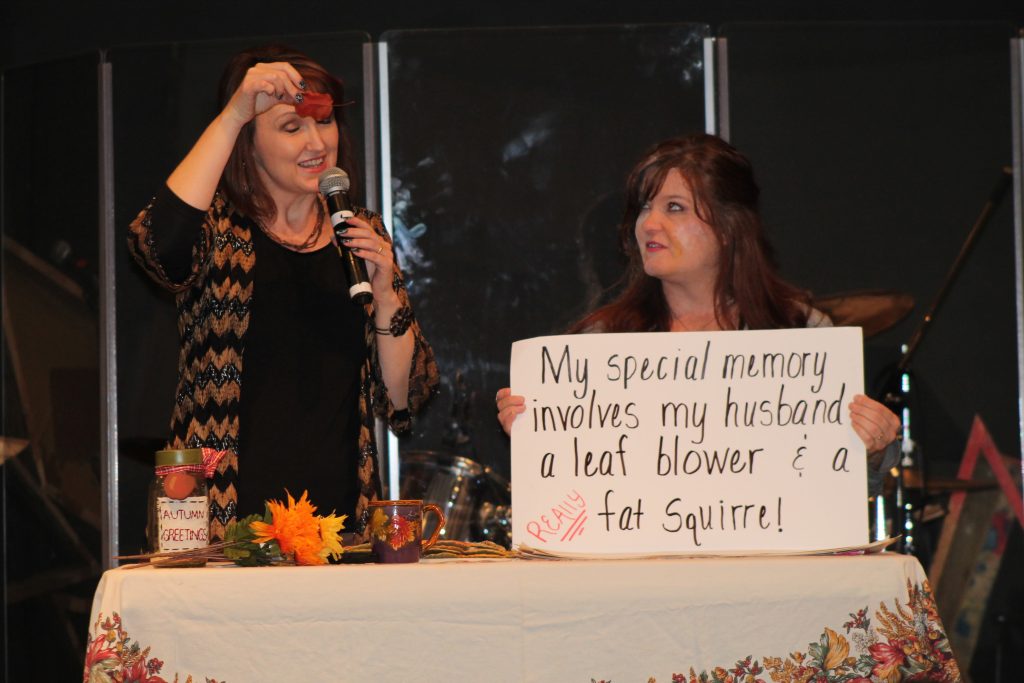 This Pam and me doing a special Thanksgiving Day skit. Yes, I have flour and baby food sweet potatoes on my face. Talk about getting into character!

Let’s take a play we did for our Children’s Christmas Musical several years ago.  All the kids were toys!  From a costume and makeup perspective, it is one of my favorites.  I took a lot of time thinking about how each toy should look, for example, my daughter was a Christmas Barbie.  My mom and I made her a red dress with the white maribou trim down the front and we even had her wear tulle under it to make it stand out.  We curled her hair and made sure her makeup was pretty and natural with a little sparkle on her cheeks and red lips.  She looked like a Christmas Barbie!  Each character was assigned a look even though their parents bought most of their costumes from costume stores.  We had recruited parents at our church that were great at face painting to help create each toy.  You want Batman to look like Batman and you want your toy clowns to look like clowns.  Their looks, though not expensive, made you believe they were toys in a toy store.

I typically start thinking about costumes, makeup and hair early in the process.  This gives you time to have costumes made or ordered.  It also gives you time to shop around costume stores, Goodwill or consignment stores.  There are so many options available now for costumes and makeup that weren’t available when I started in drama ministry.  There are videos on YouTube on how to make people look older, which is great when you have a 30-year-old playing a very old Noah or Moses.  When I’m deciding on looks for my characters, I will either pin them to a board on Pinterest or print them out and put in my drama notebook.

Still not convinced that costumes, hair, and makeup are really all that important?  Go see a play!  Or think about a movie.  How would it be different if no one cared about how the characters look?  It would be completely different and probably no one would go see it.  I’m not saying that no one will come and see your drama if you don’t do your costuming perfectly.  Not at all, I’m just trying to show you an example of how important it is to get your message across to your congregation.

It also helps your actor get into character.  Something magical happens when you are transformed into your character.  There are actors that we’ve had over the years play Jesus for various dramas and some you just knew instantly were going to be awesome.  Then there are others that seem to really struggle with it, and then you put on the costume, the wig, and makeup and then they suddenly get into character.  You may still have to work with them, but once that costume is on, it makes a huge difference.

It can also make things a lot of fun!  When we have our first rehearsals with the kids one of the first questions they ask is what will their costumes be like.   I’ve learned that with kids, you never know how they are going to react to costumes.  For example last year’s play all the kids were angels.  Easy right?  Well, they were excited to be angels, but the boys weren’t too sure about wearing the tunics.  But when we told them they were going to have really cool wings they were happy.  Emily and I decided to make their wings because we couldn’t find any that we liked at a price we could afford and we wanted them to look like real wings.  They were so excited to put on their wings at dress rehearsal!  The costumes made the difference for that musical, especially with the boys.

Take into consideration what your actors, even children, are going to be comfortable with.  I’ve had actors made special requests and we do our best to accommodate.  Sometimes you just can’t and that’s ok.  If your kids have to be all angels and the boys refuse to wear tunics, think about putting them in pants with white shirts.  Your message will still get across and you still have your actors.  I try to put people in colors that they like when I can.  You need your actors as comfortable as they can be in their costumes so that they can focus on their parts and not if the costume is going to fall apart, they’re going to trip in it, or that the beard glue is going to drive them crazy.  (Tip:  Always make sure anything you put on someone’s skin isn’t going to cause them to react.)

I love it when someone comes to see a drama and I hear them say, “Jonah was so funny or I cried when Jesus spoke.”  Why?  Because it means they saw that character, not Tim that was playing the character.  It’s also awesome when someone says Tim was great as Jonah, but I really love it when a character touches someone.  Costuming, hair, and makeup is all part of that, even if they are only on the set for a minute.  Let me put it this way.  We did a drama for about 14 years and one of the scenes had Jesus on the cross.  My Jesus on the cross is not G rated it’s pushing PG-13 because I wanted it to be authentic.  They always wore flesh-toned long underwear (I’m sure there is another name) and a whiteish wrap around their waist.  On the side I had a stab wound glued on and it took me about 45 minutes to do the makeup and I not only poured on the blood but painted it on it some places.  I was apologizing to the gentleman that was playing Jesus for what I was putting him through and he said the most awesome thing to me.  He said, “It’s ok, you’re like an artist painting a picture.  You are painting the picture of what it would have looked like that day, this is your ministry.” 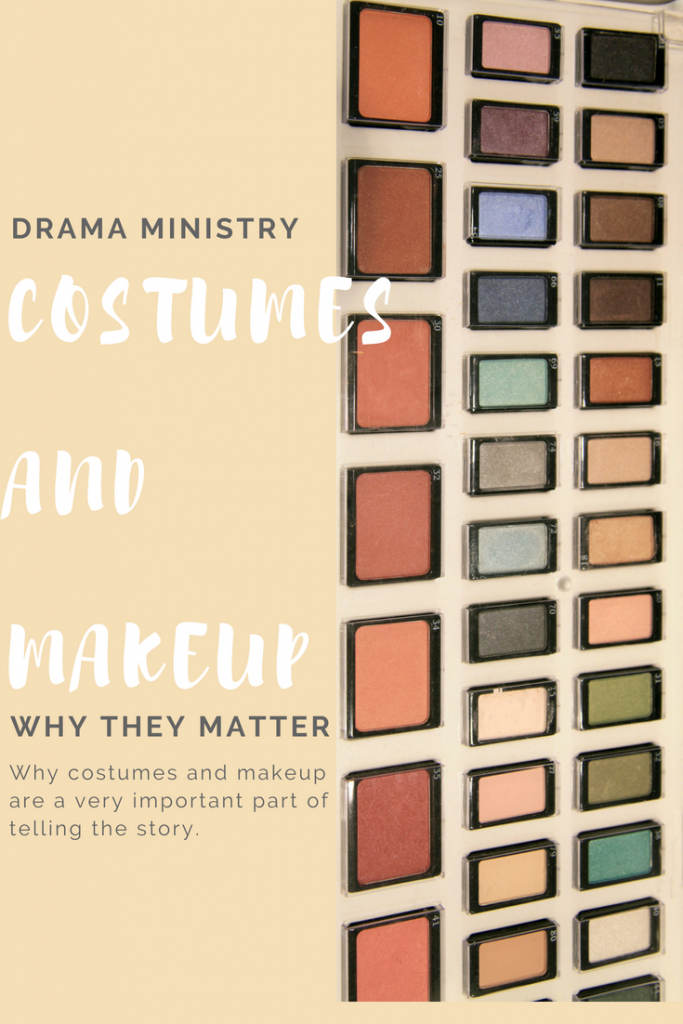 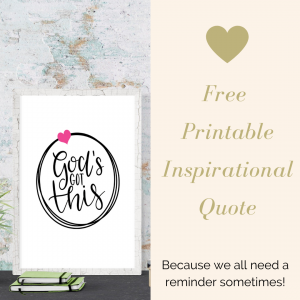