Here is what I do like.  I like making a menu and shopping according to that and some extra money wouldn’t hurt either. That’s it!  Simple enough.  But, we’re at a point where I don’t have much choice; well, we do have a choice.  I guess we could just keep going on the way we’re going and spending a fortune since grocery prices are sky-high.  But I really don’t want to do that either, I have way too many things on my list that my family really needs. Like clothes, shoes and curriculum and paying a bill would be great!

So,  I’m going to give couponing a try.  I still want to plan my menus though!  For some reason I have a hard time wrapping my head around the way the people in TLC’s Extreme Couponing do it.  I just don’t have the space to store that kind of food nor do I want to.  I think some of them of an addiction issue.  Sorry!  I just want to be able to walk out the grocery store with a good bit of groceries on the cheap that matches my menu (at some point at least).

I have used these two websites to help me get started (along with some nudging from hubby):  / and http://athriftymom.com/.

I’ve collect some coupon papers and cut them all out, which is the part I really despise.  It took forever!  I don’t know how some people spend 30 hours a week doing this!  Now picture a sea of coupons all over my desk that has spilled all over the floor thanks to a ceiling fan and a very lazy cat and that is where I am right now.

Update!  A few hours (yes, for me hours) later and I’m finally finished.  My coupons are now organized and in a binder!  My hubby was so proud he made supper!  Now on to making my grocery list, menu, comparing sales and finding the coupons to match or to stock up on, which was it?  Wish me luck and much patience! 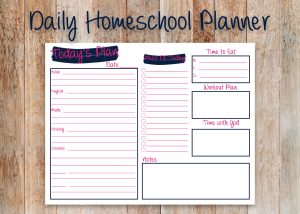