Today I’m going to talk about something deeply personal. At the thought of writing this, I’m ready to break down in tears. I already feel them wanting to stream down my face. I think I have a story to tell and it’s time I told it. It’s not something I hide, but it’s something I really don’t talk about because no one really seemed to want to hear about it. You’re supposed to get over it and move on, like it never even happened or that it really wasn’t that big of a deal anyway. But it was to me and to my husband.

When I was 21 years old and married for about a year my husband and I decided to start a family. For some reason, it took a year or so for me to get pregnant. The doctor had me charting my temperature and the next step would have been looking into more options. I finally got pregnant! We were so excited and instantly in love with this new little life. I instantly loved being pregnant and it all seemed to be in hyperdrive. Unfortunately, my Ob/GYN visit was still several weeks away and I hadn’t even had my first true appointment except with my personal doctor to just confirm the at-home pregnancy test.

Then Todd got laid off from work and the stress of all of that hit me hard. By the time I would have been about 10 weeks and still waiting for my appointment, I had begun to gain weight like crazy. I had already gained about 30 pounds and I wasn’t eating like crazy either. Then I noticed I was so swollen. I remember going to lunch with my mom and telling her I just didn’t feel right and I wasn’t even sure I felt pregnant anymore. We just thought I was past the morning sickness and my appointment was in a few days and everything would be just fine. Then the next morning it hit me.

I woke up with a pain that I ‘d never felt before or since. I was bleeding profusely and Todd rushed me to the hospital. It was horrible. I sat in the waiting room with my husband and mom for over 4 hours, crying, bleeding, in gut-punching pain and scared to death. After yelling at nurses to find me a room, they put me in a tiny room and wouldn’t even allow my husband or my mom to be with me even though I begged. Next thing I knew I was being taken into a closet for an ultrasound and was told that some of the interns would be coming in to see their “new” machine work. So there I was with a closet full of strangers having a miscarriage with onlookers that awed by their new machine.

Then when I was back in my tiny room, with the walls closing in on me, they finally allowed my husband in to hold my hand. I was finally told that I was having a miscarriage. I even saw a glimpse of my tiny baby and all I could think about was the life that would never be. That I would never hold that child or see it grow up. It was the most devastating thing to ever happen to me at that time. The doctor was cold and unfeeling. Just told me to come for a follow-up and rest and don’t worry, this means at least you can get pregnant. The follow-up appointment was just as cold, if not worse.

As the days, turned into weeks and then months, I couldn’t get past the loss. My poor husband tried everything to cheer me up, but nothing really worked, or at least it only worked for a brief moment of time. I faked being happy really well. I ached when I saw someone pregnant, I hurt when I saw someone snuggling a child. I was very happy for friends announcing their pregnancy but dying on the inside. I was truly happy for those people, I just felt so much grief and it was overwhelming. Everyone, except my husband and my mom, kept telling me, “It’s time to get over this, you didn’t even carry it that long”. “Lots of people have a miscarriage and no one gets this upset over it.” “You’re so young, you can have lots of babies and at least you can get pregnant.”

But I wasn’t sure if I could get pregnant again. It wasn’t the easiest the first time around and I was so scared I didn’t know if I even wanted to try again. To be honest, there were several times we thought I was pregnant and then my period would start and then I was told that I probably had had a few miscarriages, they were just very early and it was like a bad period. I didn’t even tell anyone except my husband about those. Then finally someone understood me, someone, that had never spoken about her miscarriage before.

I was at my grandparent’s house on the farm and I don’t remember how the conversation started but my grandmother told me that she too had a miscarriage. I was in shock! I could see the hurt in her eyes and that she still grieved for that child. I never knew. She was such a happy person and had 4 children, who knew? My mom knew but said that Grandmommy never spoke about it. But she broke her silence and told me, it didn’t matter how far along you were, whether that child died inside of you or in your arms, that it was still your child that died and that you’ll carry that loss your whole life. She told me the pain does eventually get easier to carry and that one day, I’d have children and would be happy and full, but that I’d always remember that baby. She reminded me like so many people did, that I’d see that baby again in heaven and get to hold him or her there.

We had a nice long talk about how it was for her and how it had been for me and I saw so much strength in her, that it gave me strength. It’s like she took the weight off my shoulders and I could begin to live again. My family was so surprised because she never spoke about it. They knew she had a miscarriage, but even if they had one, she really didn’t talk about it. Thankfully, she felt the need to pour into me. Slowly after that, I started to come around and begin to feel like myself again. It wasn’t immediate, but I reached a point where I needed to feel the sun again. I wasn’t working anymore and had been refusing to get a job, I had my poor husband so stressed and worried about me, that he didn’t even know what to do and he was dealing with his own grief. I probably should have been going to a therapist but no one really did that then. Looking back I wish I had gotten help.

I had been going through depression and it was deep and it was dark. I had been grieving for the loss of a baby and it was taking over. Thankfully, God used my grandmother to help me start to live again. I remember telling my husband we needed to give our baby a name, Samuel, and we planted a rose bush to remember him or her by. I was finally able to tell our baby that I loved it, and would see it again one day. Every year in spring, I remember to tell my baby the same thing. I guess it was our way of having some type of closure. I remember telling friends I had lost a child, there was a death, but there was no funeral, no visitation, no one to really comfort us in our time of grief and I guess that was our way of dealing with it.

I did find the courage to get pregnant again a year later, it wasn’t the easiest pregnancy, but we had a beautiful daughter, followed by a son and another daughter. We feel pretty sure that I possibly had a couple of very early miscarriages before getting pregnant with our son. I guess we’ll never know for sure how many miscarriages I had. But I decided to be open with my children, especially my girls about my miscarriages.

I am 1 in 4. 1 in 4 women will experience the loss of a child by miscarriage, stillborn or infant loss. That is a staggering number. We need to be open about the hurt and be there for one another. We need to know it’s not our fault and that we did nothing wrong. October is Pregnancy and Infant Loss Awareness Month. Share your experience, with others, especially your daughters. If you find yourself, like I was, please talk to someone. For more information please go to Star Legacy Foundation. 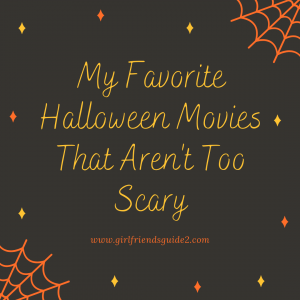