That is the burning question right now.  Is it anti-christian to cheer at sports? I love watching my kids play sports!  I have loved coaching sports and dance and working with kids.  I’ve been doing it for over 16 years.  But things are changing, not really with me, but around me. What was once passionate and fun is now dull and bordering on boring.  I still love sports and still love watching my kids play them.  I still have a desire to coach, but now it’s been severely tempered. In all reality, I may never coach again thanks to a very personal beating that my girls and I took this year.  But that’s a whole other story.

What I’m talking about is rooting for your team, or child at a sporting event.  Team spirit!  Cheering loudly and passionately.  Wearing team colors.  Hanging banners and having spirit nights.  Not where you are screaming at your kid and telling them everything they did wrong, but loudly cheering, “Go team!, Go (insert child’s name).  And I’m not talking about little kids here, but high school!  Is it wrong for homeschool teams to be cheered by their fans?  Now I’m not talking about teams that are like recreation ball, but ones that are competitive school ball.  Although I don’t see a problem cheering loudly for either one!

I see it everywhere.  The teams we played against used to be so passionate and so were we. It was so much fun!  Everyone cheered their hearts out.  Jumping up and cheering when the basket went in.  Everyone holding their breath and letting out a collective yell at the buzzer beater.  Stomping on the bleachers.  The teams actually asking the fans to get louder when we got quiet.  It was fun!  Win or lose the games were fun and both teams were still friends at the end of the game!  And now you could hear crickets chirp. You barely hear a golf clap when we win or when a good shot is made.

Suddenly, over the past two years, we have started being told it’s not Christ-like to cheer.  Parents are being pulled aside or given dirty looks when they cheer.  Our kids and athletes are told the same thing and team spirit is about non-existent.  Hardly anyone cheers anymore, whether it’s a simple “Go team!” or “Make good passes!”  Why is that?  What has happened?  Aren’t Christians allowed to be passionate about their lives and enjoy things?  Doesn’t God want us to enjoy things?  Is this another form of Christians bullying other Christians?  Or has the world just made us too afraid of everything?  What does this say to the parents that are new Christians, new homeschoolers, or non-Christian parents?  Does it say that Christians or homeschoolers aren’t allowed to have fun? I really want to know.

I know what it’s saying to the parents that are not returning to our sports because of this.  They are leaving because it’s not any fun and they wanted their kids to have the experience of a school team.  A huge part of a teenager’s life is that experience.  The experience of having something to root for, to cheer for.  Being part of something bigger than themselves and friendships.

Learning how to deal with success and failure.  I also know what it meant to a parent that spoke to me about it.  It said to them that we are judgmental (meaning judging the parents and kids that cheered) and not accepting at all of the people that don’t fit with us (meaning the ones that won’t cheer) and that hurt.  Even though they weren’t talking about me personally (because I cheer), it hurt.  I hurt for them and their kids.  Are we turning them away?  Are we turning our kids away from enjoying things like sports?  What message are we sending them about Christianity?  I would love some thoughts.

Wanna hear something funny? As I wrap up this post, I decided to turn on Pandora, what song do you think started playing?  “We Will Rock You” by Queen!  How appropriate!  I just had to laugh! 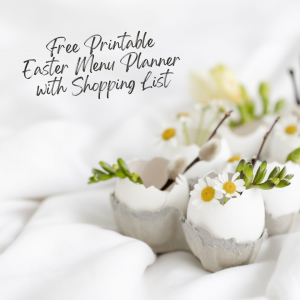