I absolutely love cooking!  I don’t do it enough and certainly don’t do it the way I would love to every day.  Tonight I was flipping through my daughter’s “Mastering the Art of French Cooking” by Julia Child and her friends and I’m mesmerized.

Everyone is so terrified of French cooking, much less regular cooking; but you shouldn’t be.  I think everyone that cooks should sit down and read this book.  Yes, read.  Not just cook.  It’s a treasure trove of everyday kitchen knowledge.  She does so much more than give you a recipe.  She does what I love to do.

Give you a basic recipe, tell you what it’s for and what it goes with and then she gives you variations.  What will surprise you is how simple most of it is.  You’ll also be surprised by how many of these you may already be doing without even knowing it.  Do you ever eat macaroni and cheese?  Ok, I mean super-good, mouth drooling macaroni and cheese.  Then you’ve probably had Sauce Mornay (or a variation of it)  which would be the dreamiest macaroni and cheese ever!  I can’t wait to make it.

I mean her pie crust recipe sounds like the one I’ve been using for years and it’s so simple that the term would be rustic.  Give it a read, you will be amazed at what you will learn.  I will say though, some of the recipes I will not, no matter what, be eating them.  The ones with brains as an ingredient for example; but that’s ok.  There’s a ton more to choose from. We’ve already made Risotto-Pilaf-Pilau and it’s one of our favorite rice dishes and it’s super easy and yummy.   We’ve also made Supremes De Volaille A Brun  et Beurre Noisette.  Translation…..Chicken breasts sauteed in a brown butter sauce. It was fabulicious!!!  See, they’re not so hard to make!  Give it a try!

Your kitchen should not be without this book!  Be bold, be daring and brush up on some of your basic skills while learning some you may not have known.   There’s no time like the present.  And what if it is a total flop?  That’s ok!  It’s only food and remember what Julia said, “The measure of achievement is not winning awards. It’s doing something that you appreciate, something you believe is worthwhile. I think of my strawberry souffle. I did that at least twenty-eight times before I finally conquered it.”

« Where Are the Fashion Mags for Christian Women?
How To Get Kids Involved With Gardening » 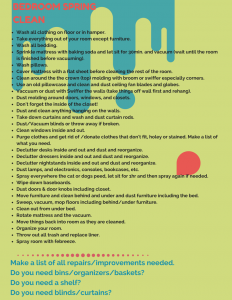