Every so many years, a vote goes before our state legislatures about allowing homeschoolers to play along with public schoolers at their local high school. Currently, one is being reviewed right now. Now, this may sound like a wonderful opportunity for homeschoolers, but there are some things to consider.

First, it has always been voted down due to the fact that the state almost always has tried to attach more control over homeschoolers. Be it more requirements for homeschooling parents, or more jurisdiction over what we can or can’t do for or with our children. That is something to consider, usually, anytime something tries to get through, they want to add more oversight over homeschooling in our state. So, NCHE and HSLDA and other homeschoolers step in and stop it because we like what we have in our state as far as our requirements.

Secondly, colleges do not actively recruit players at their schools, with the exception of football. Most college recruiters are going to large tournaments (AAU for example), or regional and state championships. Colleges are now recruiting homeschool athletes like crazy these days. Most colleges that we’ve talked to don’t care that they are homeschoolers, just that they are a good athlete and a well-rounded student. Today, if you want your child to play in college, it’s your job to recruit the school and get your child noticed by sending in video and information about your athlete. There are tons of scholarships available to homeschool athletes, so it’s not always necessary to play for a public school team.

Also, a lot of times, when homeschool athletes are allowed to play for a public school team, they are the first to get cut. Not always, but it is something to think about. Some coaches may not care, but others don’t have the same views as you do. Also, you don’t have much say in how the coaches are going to talk to your child.

One other main thing to consider. We are very fortunate in the state of North Carolina, to have one of the largest homeschool associations in the nation. We have hundreds (if not more) of homeschool athletes, and more sports to choose from than most states. And every year more sports are being added. If this bill goes through, it will crush all of the years and years of work that has gone into building such a successful program. There is a strong possibility that our sports program will dissolve if this bill goes through.

A lot of homeschoolers may say that the competition is not the same as a public school. But to that I say, we play those public school teams, and we can stand toe to toe with them. Some may say are there state championships? And yes, there are state championships and national championships for the majority of sports that we offer. And you may say, it doesn’t matter to me, because I don’t have an athlete. Well, that may be true, but we still need your support in order to keep our programs for other homeschoolers.

We chose to homeschool our children and take them out of public school. So why put them in the same environment that we took them out of just to play sports? Just think about, and let your legislators, senator and governor know how you feel and how you would like them to vote on this bill. If you would like to know more about the bill, please go to . 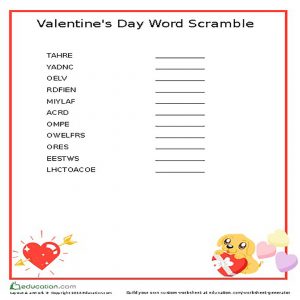