I don’t usually post things like this.  But I’m going to share something with you tonight. I pray you don’t think me crazy or that I’m hallucinating.  I promise I’m not!  I also promise that I’m not on any medications or under the influence alcohol.  I don’t drink anyway.  I’m not a conspiracy thinker or a radical person, but something happened to me and my girls that I just can’t shake.  So here goes and please bear with me while I try to explain it.  I’ve included the picture as best as it could be taken as we were driving down the road.  The pictures were taken through he windshield so they are really grainy.  The first is unedited and the rest are edited so maybe you can see it better.  Gonna try anyway!

We were driving down a large highway on our way from Concord towards Charlotte a few days ago.  There is this hill and when you drive over it you can see the skyline of Charlotte.  The tall buildings against our southern sky is really pretty this time of year!  Anyway, I had both of my girls with me and Becca was driving.  I was chatting it up with my dad on the phone.

We were talking about everything going on overseas, the attacks on our embassy, the election, etc.  He was talking to me about pastors being threatened by the IRS for speaking against homosexuality openly and we talked about other interesting things.  We love to talk politics!  It’s something that we both have in common.  Like I said we were in a deep conversation.  Then as we started up the hill and I could see the skyline of Charlotte in perfect view I was stunned by what I saw.  There was a huge, massive angel right there over Charlotte!  I said, “Oh my God is that what I think it is?  There’s an angel over Charlotte!”  Both of my girls saw it and they both said, “Oh my God! It is!”  We were speechless and I felt like I was dreaming, but I wasn’t.

They saw the same thing.  It was so different than anything I’ve ever seen before.  It shook me to my core.  I knew in one part of my brain, the part that tries to rationalize everything, that it was just a dark grey cloud; but the spiritual being in me was shocked and asking why am I seeing this?  Why my girls?  It was fierce looking and not the fluffy white angelic beings you usually think of.  This guy looked like he meant business.  As I was describing to my dad what we were seeing, I just kept getting goose bumps on top of goose bumps and could hardly talk.  I was talking and trying to take it in all at the same time.  Not an easy feat for me to do.

Emily kept track of it and tried to get a picture, but the picture doesn’t do it any justice.  We were already at the bottom of the hill so you can only see about half of it.  You can’t see the details that we saw either.  But it is etched in my memory. As we continued to drive down the road, we kept track of it.  It’s a wonder we didn’t drive off the side of the road! Just a minute later, Emily shouted, “It’s riding a horse!”  Now my hair is standing on end.  This was getting crazier by the moment.  The cloud changed again and there was a camel or lamb lying down with the angel behind it.  It was hard for her to tell which animal it was because, as she says, their faces are similar.  Then another change and she announced, “The angel is blowing a trumpet!”  “What? Are you kidding me?  Are you sure?”  She was sure and you couldn’t change her mind.  Then it went behind the trees so Becca and I couldn’t see it at this point.  Bummer!  We lost it for a minute and then found it again.  Emily had the best view and she said it was changing shape again.  When we picked it up again, she almost couldn’t talk for a second and then told us it had changed into a lion.  At this point, I was almost in tears.  I was so shaken.  I barely caught a glimpse of it and she was right!

We are positive we were following the same cloud and not different ones. It was the only massive cloud in the sky and the only one that was dark grey.  I wish we could’ve gotten pictures of each of the changes, but it was way too difficult and honestly, we weren’t really thinking about pictures.  We were just amazed.  I’m not sure why we saw this.  I’m not sure what it means.  We haven’t been studying Revelations or watching any movies that would make you think about these types of things. I do know that I wanted to share it with you and that I’m not some crazy lunatic, religious fanatic.  I do love Jesus and I do wait for his return. I do believe we are watching our Christian history or should I say future, unfolding before our eyes.  Maybe it was just a cloud and if it was, it’s the coolest cloud that I’ve ever seen!  But what if it wasn’t?  Are you ready? 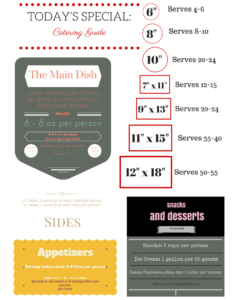