My oldest daughter has been playing sports since at least Kindergarten.  Now as a junior in high school she plays for our homeschool athletic association in three sports: basketball, volleyball, and fast-pitch softball.  Now, please don’t get our team confused with a rec. league, this is hard-core high school athletics.  Along the way, she and her friends have faced many injuries.  She alone has had: sprained ankles sprained MCL, thrown out a shoulder,  concussion, torn an ACL and partially torn an MCL and many other minor injuries.  Her friends have had many of the same injuries also.  High school sports are tough and tough on the body.  But how can you help your child that’s been sidelined due to an injury?  You may also be thinking, “Why on earth would I continue to let her play after so many injuries?”  More about that later!

There are a few things you can do to help your child that’s been sidelined.

There are many more things that help, but these were most helpful to our family over the years. Did I ever feel like throwing in the towel for my daughter?  Of course!  I’ve cried for her, when she’s been seriously injured, but always when she couldn’t see me.  My heart has broken for her at times.  But, she is the one that made the decision to step back out on the court/field.  It had to come from her, if I made her quit, she would always wonder if she could have gone back and played again.  Now she is stronger and better than before!  But it was a long road getting there.

How do you do it all?
Protect Homeschool Athletes!
Why we love Homeschool Sports
« Free Printables for Homeschool Group Leaders
My Indoor Winter Garden » 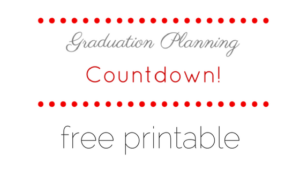