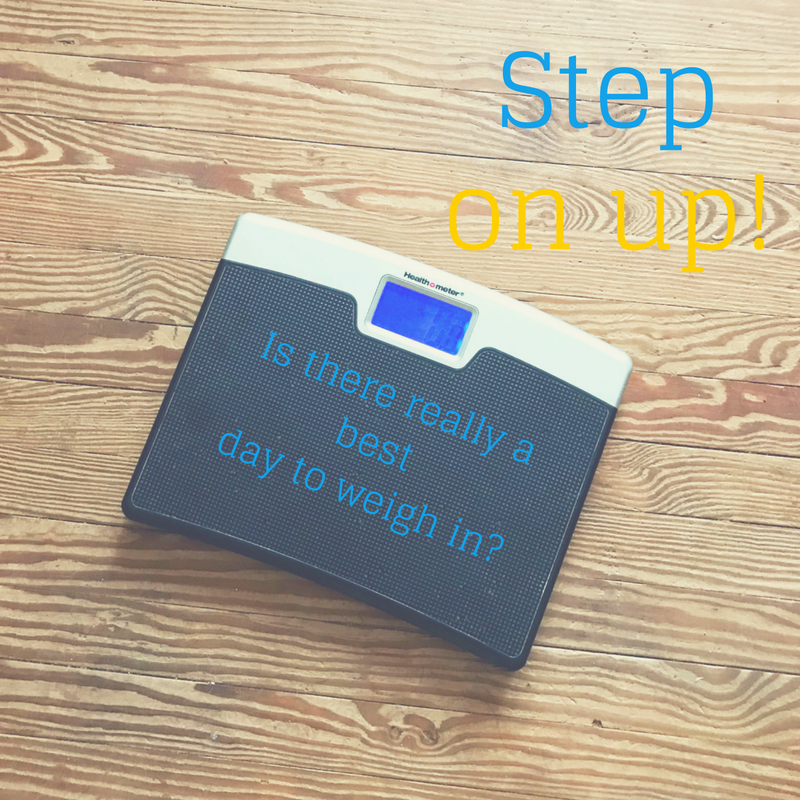 I don’t know about you, but I have been stepping on the scales on Mondays for years and it’s almost always disappointing.  Nothing like starting your week with a setback and a cry.  But who says we have to weight in on Mondays?  My Fitbit for one!  It reminds me every Monday morning to go and step on the beast.  But could there be a better day to weigh-in?  What if I weighed in every day?

I mean, I do like starting my weeks off organized and with some form of routine.  It is really easy to remember to weigh-in on Mondays.  The problem is that no matter how great I’ve done all week with working out and eating, that is not what the scales say on most Mondays.  Most of the time I’m just hanging out where I’ve been or I’ve jumped up a pound.  But what about other days?  There are six more to choose from.

Out of curiosity, I’ve been weighing in on Tuesdays, too and guess what?  Those days are better on the scale and then I tried Wednesday and it’s an even better reflection of the week prior.  Even though right now I’m getting used to working out again and my daily calorie burn is not that great, I at least want to start losing weight slowly.  I at the very least don’t want to see those numbers going up!  When I weigh-in on Tuesdays or Wednesdays, the numbers are right where I expect them to be which is a little less than Monday and hopefully less than last week.   Why is that?  If I’m working out 3-4 days a week, eating better, why do Mondays show that we typically gain 1/2 pound to a pound gain through the weekend?

Because over the weekend you typically eat a little more or a little worse and workout a less.  We have places to go and people to see and errands to get accomplished.  There are birthday parties to attend, movies to see and lunch out after church.  That’s why Monday weigh-ins can be a little higher than expected.  MyFitnessPal did a great article about which days you should weigh-in and you can read it here.  It seems like the best days to weigh-in according to them may be midweek or even daily, but in the end, it’s all about what will work for you.

Should you weigh yourself every day?  Weighing-in every day, may not be that big of a deal either depending on the study that you look at.  Some newer studies are showing the people that weigh themselves every day lose more weight.  I’ve been scared to weigh in every day for fear that I’ll become overly obsessive about it.  But maybe I need to right now since I’m just starting to get serious about losing weight again.  Let’s face it, starting out is kinda a numbers game.  Trying to figure out how many calories you need to eat versus how many to burn for your body to lose weight.  I know that if I splurge too much on the weekend it will show up on the scale on Monday and if I eat that Big Mac on Wednesday, it will be there in the numbers on Thursday.  So it can be a great tool, but it can also be a beast.

There are pluses to weighing yourself every day.  Like I said, you see the direct results of how you’re doing each day.  You can make adjustments to meals and workouts accordingly.  Seeing the numbers going down, even if they are tiny can give you big motivation and let you know what is working and what isn’t.  But it has its pitfalls.  You can become obsessed with the numbers and it turns into a beast, especially if the numbers go up and not down.  Which is what happened to me before.  It became all about the numbers and hitting that magic number no matter what it took to get there.

You have to remember that the numbers will go up and down each day.  You have to account for time of the month. Did you eat something really salty yesterday?  Were you on vacation?  It’s perfectly normal for the numbers to fluctuate some.  But it could signal that maybe you need to mention it to your doctor if you notice a pattern.  Talk with a trainer or nutritionist.

And yes, there are other ways of identifying weight loss besides the scale, like how your clothes fit and taking your measurements.  I have done that also and I’m patiently waiting to see a change there, too.  But that doesn’t always show up as quickly.   So for now, I’m going to weigh-in daily for awhile so I can use it to assess how my diet and workout are going.  How often do you weigh in? 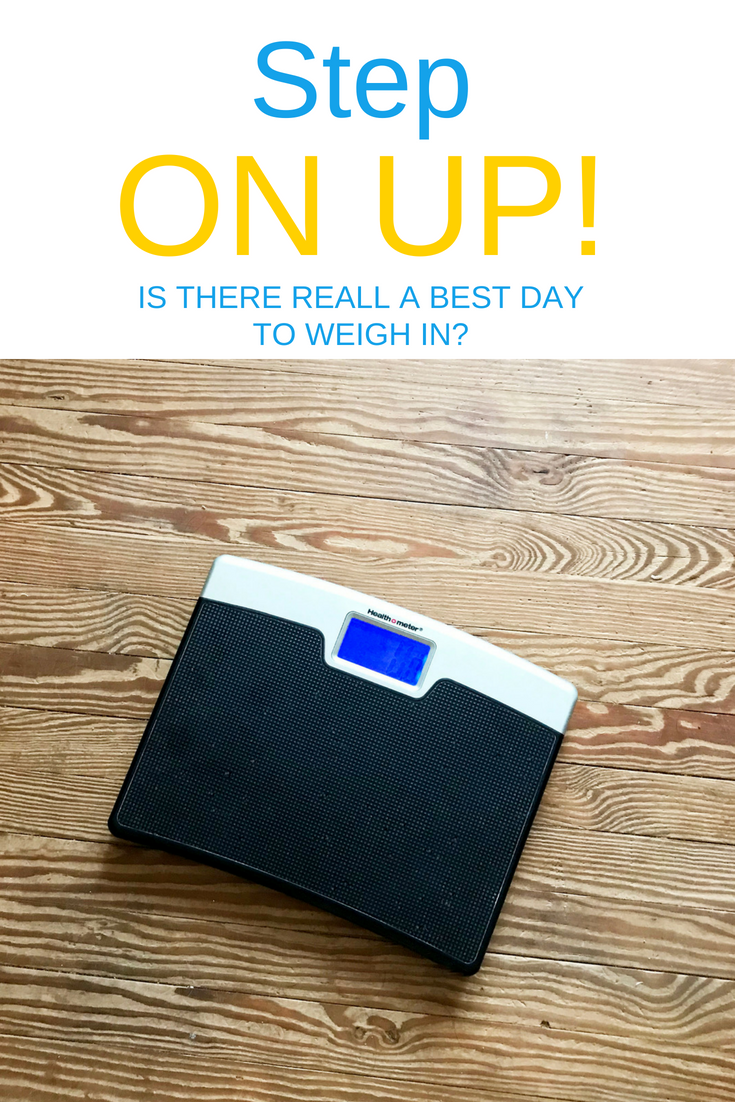 Getting the Most out of Physical Therapy
Skinny List Update!
Knee Surgery Update
Exercise...yuck!
« I Joined A Gym! Plus my Beginner Workout Routine
Great Ideas for Field Trips » 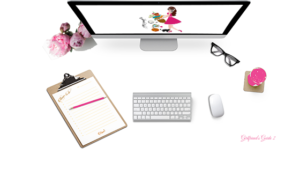