I never really thought too much about how an over-the-counter medication that you’ve taken for years will affect your child.  I thought about it when my children were little and it was the first time they were taking something.  Prescription, yes, but over-the-counter?

My children are all allergic to one antibiotic or another, but that’s pretty common.  It all started with Singulair a few years ago with my youngest.  She had been on it since she was 2 years old.  After years of mood swings that we wrote off as terrible two’s that became three’s, four’s and more, they intensified.  Eventually after some trial and error we realized it was the Singulair and proceeded letting her doctors and the FDA know about what happened to her.  Not long after that, it was al over the news that it was causing terrible side effects in children with mood swings, depression and some had even had suicidal thoughts.  Praise God it didn’t go that far with our daughter.  But now it comes with better warnings and they are researching its effects on children better.

Now to last light.  Emily, my youngest has a cold and now that she’s 13 years old, she can take adult meds.  I gave her Tylenol Cold Multi-Symptom Nighttime.  She was having a terrible time falling asleep and suddenly came to our room having a total meltdown, I don’t know how to put it other than a total freak out that made no sense.  She was shaking uncontrollably, crying and hysterical.

We couldn’t figure out what was wrong.  I was so exhausted (long day), that I was half asleep and just thought it was a really bad, dramatic tantrum.  It woke up the whole house.  After I woke up, I went to her room and nothing she was saying was making sense.  Then as quickly as it came on, it started to dissipate.

The more she and I were able to talk, the more I realized that this sounded familiar.  This happened one other time almost a year ago.  After much research on the internet and a 30 minute conversation with a pharmacist (praise the Lord you can chat live with one) we figured out it was a reaction to the medication.  Who would have thought?  There is no warning about hallucinations on the box, excitability yes, but who’s kid doesn’t get a little hyper sometimes after a medicine?  I am definitely not a naive parent when it comes to medical conditions and medicine.  Our pediatrician even told me that she’s made me an Honorary Doctor!  Where is my salary to go with my title?  haha!  I just never expected something so strong that was over-the-counter.  It took me by surprise.

So the moral to this story is:  Parents be alert.  Make sure you let your doctor know about any reaction to any medicine, no matter how trivial.  Alert your pharmacist, too.  Then let the Food and Drug Administration know.  Because of letting them know, we helped convince them to re-research Singulair and its effects on children and now doctor, pharmacists and parents are better informed.

« 1st Day of School Blues
Sick Again? How Do I Make it Through a Day? A School Year? » 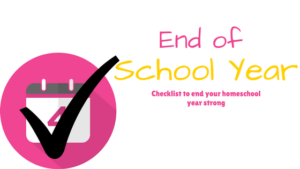