We looked outside and sure enough there was the motorcycle down on the asphalt and my sister-in-law with two kids in tow that stopped to help.  She was coming home and saw it all.  A neighbor also came to his aid.  The kids and I ran out to help, too.

Praise the Lord the man wasn’t hurt, just very dirty with mud, oil and crud all over him and hiding his face.  The bike on the other hand was a little bit of a mess with bent handlebars, broken windshield and filled with mud and grass all down one side.  He was a rough looking biker man, black leather jacket and his ponytail was way longer than mine.  But he had really kind eyes that kinda twinkled.  I really wanted to help this man somehow, but I’m not a mechanic.  Then I saw his face splattered with dirt, and I asked Emily to please get this man a towel.  He looked a bit surprised and smiled so sweetly.

She came back quickly and he was very thankful.  He was able to clean his face, helmet and a little bit of the bike.  We moved glass out the road and made sure he wasn’t cut anywhere and thankfully all he had was a torn up leather jacket and a couple of small scrapes.

As he made phone calls, I was astonished at the number of vehicles that didn’t bother to stop to find out if he or us needed help.  He really needed a tow and not one of the trucks that drove by offered any assistance.  I said something out loud to my sister-in-law and as we watched vehicle after vehicle drive by he said he wasn’t surprised.  Last year he had a deer that almost landed on top of him and the bike and no one stopped and the wreck was much worse and it was at night.  When the police showed up to help, the first thing they asked was “Have you been drinking?’  He replied, “No.” and then looked at us and said “I don’t even drink.”

He was able to get the bike started and decided to attempt to drive it back home.  We all offered the gentleman any assistance that he needed, all he had to do was knock.  He smiled kindly, and said thank you.  Then he realized I was leaving my towel with him.  I offered to let him keep it, but he said that was he really needed and smiled.  We all parted and he got the motorcycle started and away he went.

How sad that we have come to this.  I know the world isn’t as safe as it used to be, trust me. (My children were targeted by a man in Wal-Mart which we found out later was just released from prison for molestation. Praise the Lord that He made us aware of what the man was trying to do.)  But, it occurred to me when we were going back home, that this man could be Jesus.  Yes, this man!  This dirt covered, leather jacket, ponytailed man.  Then, I was reminded of the verse  that says “whatever you did for one of the least of these brothers and sisters of mine, you did for me.”

Thanks for the opportunity to do for you today, Lord and live it out in front of my kids and my nephews.

31When the Son of Man comes in his glory, and all the angels with him, he will sit on his glorious throne. 32 All the nations will be gathered before him, and he will separate the people one from another as a shepherd separates the sheep from the goats. 33 He will put the sheep on his right and the goats on his left.

34 “Then the King will say to those on his right, ‘Come, you who are blessed by my Father; take your inheritance, the kingdom prepared for you since the creation of the world. 35 For I was hungry and you gave me something to eat, I was thirsty and you gave me something to drink, I was a stranger and you invited me in, 36 I needed clothes and you clothed me, I was sick and you looked after me, I was in prison and you came to visit me.’

40 “The King will reply, ‘Truly I tell you, whatever you did for one of the least of these brothers and sisters of mine, you did for me.’

44 “They also will answer, ‘Lord, when did we see you hungry or thirsty or a stranger or needing clothes or sick or in prison, and did not help you?’

46 “Then they will go away to eternal punishment, but the righteous to eternal life.” 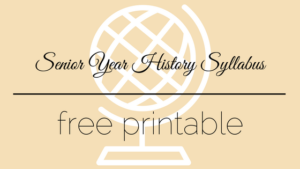